Located at about 30 kilometres north of Petra, Shobak is an imposing fortified building perched on top of a hill with commanding views on every side. Off the beaten path, visitors remain impressed by the view of its remains surrounded by a remote and wild landscape.

History of Attacks and Sieges

Formerly called Mons Realis (the Royal Mountain), Shobak Castle dates back to the Crusades period. Built by  Baldwin I in 1115, it served initially as the main residence of Roman of Le Puy, the first lord of Oultrejourdain. Later, it became a link in the crusaders’ chain of castles that ran from Antioch to the Red Sea along the trade route between Damascus and Cairo. Considered one of the most interesting historical sites in Jordan, the history of Shobak’s fortress is marked by continuing occupations and sieges. The first besiege was carried out by the Ayyubid sultan Saladin in 1187 AD, in retaliation for the Crusaders attacks on Muslim caravans passing through the region. The castle resisted two years before surrendering to Saladin. The secret of this long endurance in the siege was a secret well within the walls that provided the castle drinking water. After the Ayyubids’ occupation, the castle was occupied by the Mamluks in the 14th century and brought under the control of Egypt. The Mamluks restored different parts of the fortress and introduced beautiful Koranic inscriptions that are still visible today on the external walls. They also built a lookout tower and used the Crusader’s court as a school. After the Mamluk period, the castle was occupied by the Ottomans until the late 19th century.

The original entrance to Shobak Castle was crossed by a triple gate specifically designed to hold possible besieges. Past the entrance to the castle, you can see the Church of the Crusaders, one of the two in the castle, with strategic views of the old village. From the road that leads to the entrance of the castle, admire the inscriptions from the Mamluk era. The remains of the Castel’s façade dates from the same period, while the small barrel-vaulted chapel on the southern side of the building dates back to the time of the Crusades. On the summit, near the entrance door, the Crusaders built another larger church. There are several wells within the castle walls, although the main source of water was the spring at the foot of the hill. One of the treasures is the secret passageway of over 375 steps that descends to the water source that ensured the castle a supply of drinking water even during periods of siege. You can go down inside and then pass through the underground passage until you reach the main road under the castle. Walk with caution because in some places the ground is narrow and slippery and bring a torch because the passage is completely dark. 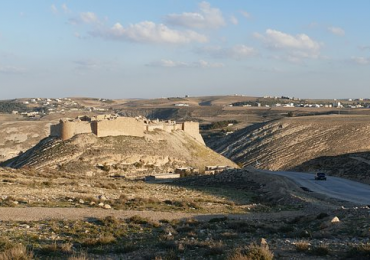